Thinking back a year & all who suffered in the floods.

This time last year we were in Brisbane & after having arrived in the rain & sight seeing in sporadic rain, it didn’t stop raining after we left.
Queensland suffered horrific floods, click here for pictures, we were lucky & missed them all but we had seen the flood markers & couldn’t believe the rain could get as high as the 2 or even 3 metre markers.
But sadly they did & people were flooded out for weeks. With the floods devastating large residential & business areas. We were unable to follow much of the news coverage apart from the odd news report we caught on the radio.
When we did see it on the news we found out just how close we had come to the floods & it had literally followed right behind us.
Whilst in Brisbane I brought my gorgeous UGG boot’s (read below how to check what are REAL UGG’s) it was very odd trying them on whilst wearing shorts & sweating in 30+ temps with Christmas decorations all around!! 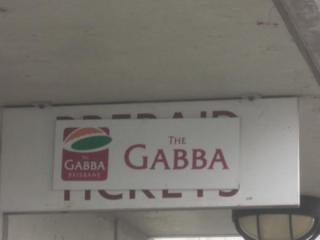 Soggy day in BrisbaneRight from the off today didn’t look too promising & it didn’t disappoint!! First stop was the Gabba, the scheduled game was called off when we got there but we still were able to walk round the whole of the outside & take some pictures. Next stop was Brisbane CBD. The place is full of shopping malls & tons of shoppers ………. being only 2 weeks before xmas I guess that’s why!! Ian managed to get a few bargins right from the off & once we left the main mall we were in we hit the shopping lanes big time …………. the UGG shop just jumped out & hit me & after much persuading from Ian I brought a pair of UGG boots & some UGG ear muffs & learnt the genuine from the fake UGG’s. Shame all the time we’ve been told in the UK that the “real” UGG’s have a large G in the middle but they are actually the manufactured in China boots for the mass market for export!! Guess they realise the consumer believe’s what they are told! The rain steadily came down so we popped into an Irish bar for a nice refreshing drink before setting off again & having a trip across the water & a walk (in the rain!) before heading back again to the shopping side. I managed to keep Ian away from the shops this time! With weary feet we headed back for the bus & back to the site where after a nice shower we had yet another tea consisting of steak!! Tomorrow we head off for Byron Bay but we’re taking the coast road instead of the boring main highway!

Posted on December 10, 2011, in Uncategorized and tagged Uncategorized. Bookmark the permalink. Leave a comment.